In some countries it is mandated, through legislation, that at least 40% of boards of listed companies must be female and at least 40% of these boards must be male. At the Forum the key presenters and delegates will debate the pros and cons of mandatory gender quota legislation and the practical realities of achieving these quotas. The focus will also be on whether enough progress has been made in some countries to appoint more women to boards, which may indicate that legislation is not required – the soft law approach versus the hard law approach to reach these gender quotas will be a key theme of the Forum. Read more… CPD opportunity: Earn up to 6 points 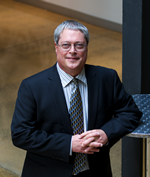 In early 2013 Professor Jean du Plessis, School of Law, Deakin University (Australia), was awarded the Anneliese Maier Research Award by the German Alexander von Humboldt Foundation. He was nominated for this award by Professor Ingo Saenger, University of Muenster (Germany). The award covers the period 1 March 2013 – 28 February 2018. The central theme of research that will be explored under this award for the next five years is the further internationalisation of the German corporate law and corporate governance systems. This will be done under the general banner, International Corporate Governance and Law (ICGL). The second (the first event was held in Muenster, Germany, 4-5 November 2013) major initiative sponsored by this award and the Deakin University School of Law is a Forum to be held in Melbourne on 20 October 2014 with the central theme: International Board Gender Diversity Forum: ‘Mandatory Gender Quota Legislation: Will Australia Follow Europe?’